This year we picked 64 unbuilt Disney attractions to battle it out for the honor of being named the one we most wish Disney would have built! The full brackets were discussed on ParksCenter on March 11th, and can be downloaded as a PDF.

Registration for this game is now closed. You can still play along and try to influence the panelists in the chat at WDWNTunes.com. Registered participants have been sent their picks. If you haven’t received yours, please first check that you are subscribed to our email newsletter. The system won’t send you emails if you are unsubscribed. Go to http://wdwntfresh2.wpengine.com/newsletter/ and fill out the form to resubscribe. If you are already subscribed, and still didn’t get your picks, email [email protected] 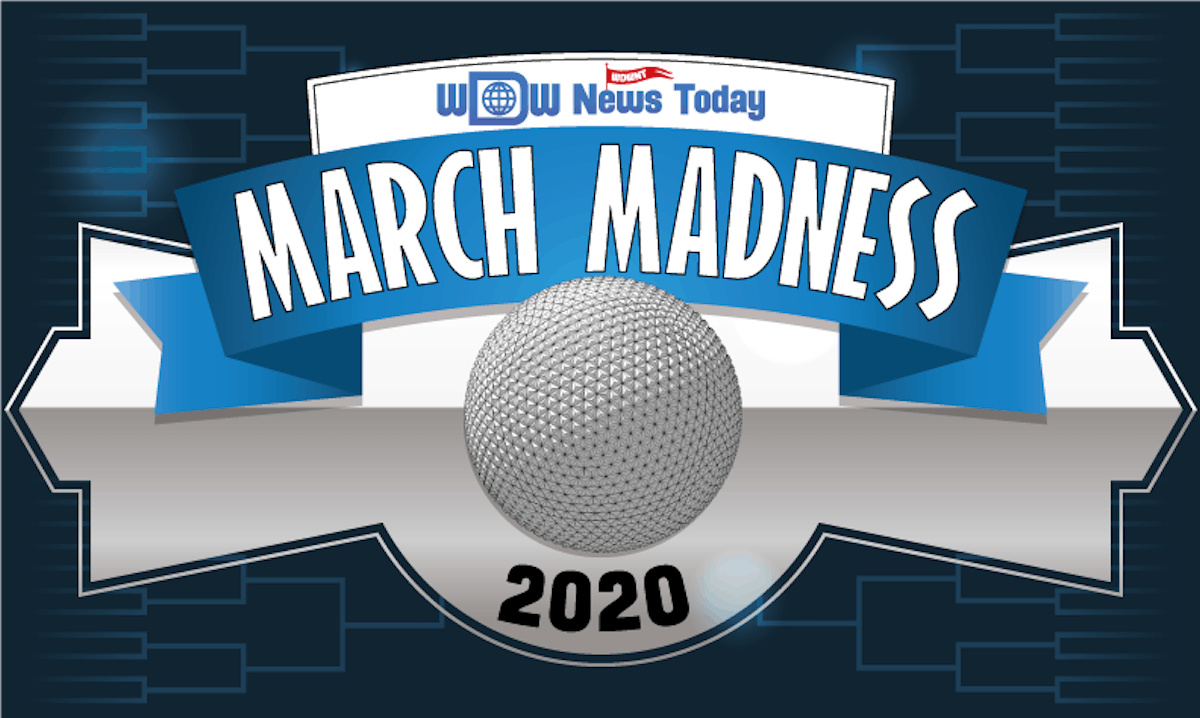 Join us for some heated debates, as you root for your picks to make it all the way and collect some great prizes from WDWNT in the process. If you pre-registered for the game, YOU can affect the results with your vote! Here’s how it all works:

Over the next three weeks on WDW News Tonight (Thursdays at 9:00 PM ET on YouTube, Twitter, Facebook, etc.), a panel of WDWNT staff will discuss each matchup according to the schedule below. As we discuss each matchup, WDWNT staff will vote for the unbuilt attraction they think should have existed. The attraction that receives the most points by vote will win that matchup and move on to the next round.

At the end of the tournament, the championship team will have accumulated the most points and be crowned as the greatest Disney theme park attractions never-built!

Over the next three weeks, we hope you join us for some heated debates, as the illustrious panel constructed from the finest members of the WDWNT staff argues for or against the teams in each matchup.

Profiles of the teams

Check out the 64 teams competing in the tournament. We have put together brief profiles of each of the unbuilt attractions!

These will be your teams, and you will accumulate points as your teams win matchups in the tournament (according to the above point distribution schedule).

At the end of the tournament, the 16 participants with the most total points accumulated by their four teams will be awarded CorBucks to spend in the WDWNT Prize Wall. The top player will be declared the WDWNT March Madness 2020 champion.

REGISTERED PLAYERS who have filled out the registration form and received a set of teams can call in to change the matchup scores twice over the course of the tournament. To determine the winner of each matchup, panelist votes are worth 5 points, and call-in votes are worth 2 points. Any call-in votes for a team will add points to that team’s score, and therefore could change the outcome of the matchup. The attraction with the most points in the matchup, after panelist points and call-in points are tallied, wins and moves on in the tournament. The call in number is 832-7-WDWNT-7. Your call MUST come in within 5 minutes of the conclusion of the round or it will not be counted.

IF YOU ARE NOT A REGISTERED PLAYER you can still try to sway the vote. During the live broadcasts, use the live chat at WDWNTunes.com or YouTube to try and sway our panelists while they are discussing the matchup.

Tune in to WDW News Tonight and ParksCenter over the next three weeks for all the tournament action and discussion. All shows will be broadcast live on WDWNTunes.com.

The unbuilt attraction that receives the majority of the points will win that round and advance to the next round.

All game outcomes will be determined at the sole discretion of the WDWNT staff. Any errors made during the voting may be corrected after the broadcast ends, and the final tallies will be reflected on the WDWNT March Madness 2020 bracket.